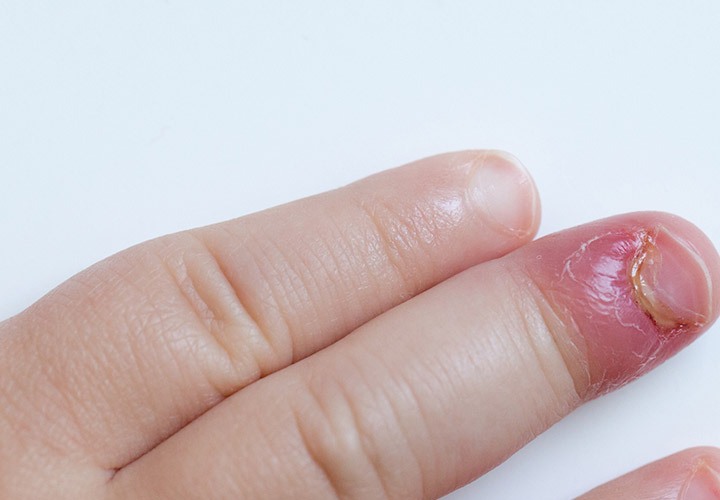 Healthy nails have one thing in common. They just appear healthy and have consistent coloring. However, as we grow old we tend develop vertical ridges or your nails may become a bit more brittle. These issues are usually harmless and even the spots that are caused due to an injury grow out with the nail. Sometimes certain medications also affect the appearance of your fingernails. In order to diagnose a nail disease or its symptoms the doctor usually conducts a physical exam. It becomes difficult to interpret a nail abnormality without a proper medical test.

The first kind of nail abnormality is beau’s lines. These are depression-like lines that run across your fingernail and can occur due to undernourishment. Peripheral vascular disease, uncontrolled diabetes, zinc deficiencies or pneumonia can also cause beau’s lines. Sometimes your fingernails thicken and curve around the fingertips. This nail abnormality is known as clubbing. Usually the condition takes years to develop and can be caused due to low oxygen in the blood.

Koilonychia is a nail abnormality where your fingernails have raised ridges and scooped outward portion. It can be caused due to iron deficiencies, a heart disease, a liver disorder, hypothyroidism and raynaud’s disease.

Nonuniform white spots appear like lines on your fingernails. They are usually harmless and caused due to a minor trauma. It is also associated with poor heath and nutritional deficiencies. Pitting, another nail abnormality are small depressions and pits that are common in people suffering from psoriasis.

A nail abnormality where your nails thicken and curve around the fingertips. It is caused due to low oxygen in the blood and can happen due to cardiovascular, bowel, liver or pulmonary diseases and aids.

The only way to prevent nail abnormalities is to take good care of your fingernails; use lotion, keep them clean and well moisturized at all times. Hygiene is key. In cases where your condition gets noticeable and affects your mental and physical well-being – one must consult a specialist and seek relevant treatments and medications. Let all your skin, hair and nail abnormalities rest in peace at our clinic.